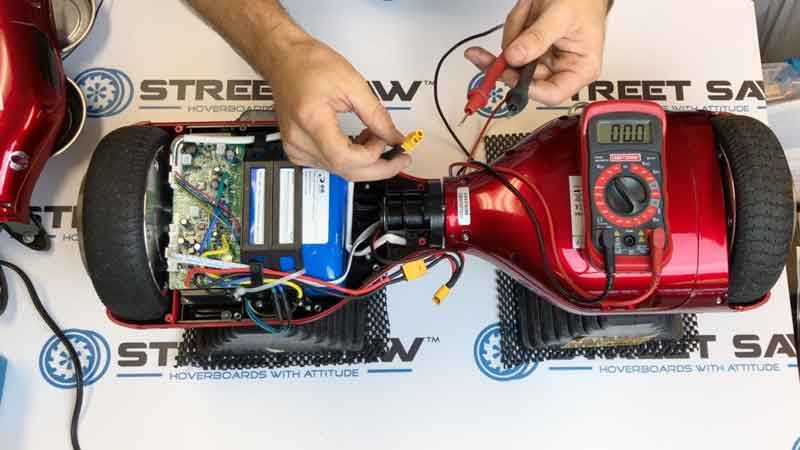 How to Test Hoverboard Battery – Today, we’re going to be looking at how to determine if your battery is bad on a hoverboard, and we’re also going to go into how to actually replace that battery. If it is bad, so one of the main indicators have your charger here. It’s just plugged in right now, this light here should be green when it’s plugged in, and then you have your other end right here, that goes into your hoverboard.

How to Test Hoverboard Battery 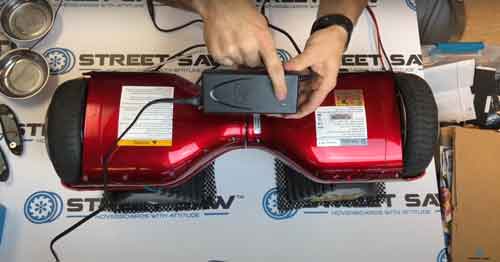 So, that’s where is it. Let’s put this in, and it blinked red for about half a second, indicating that there’s some sort of a connection. But it’s still green, so I think what we have is a bad battery, and I’m gonna bring on the second part of this test to see if the battery’s actually been.

You’re going to want to remove the side without the buttons on it. I’ve already gone ahead and drilled all this out. I’m gonna pull this off, unclip anything underneath that’s connected, and then you have access to the battery. So now, it looks like we have just a regular blue battery which is pretty standard in a lot of hoverboards. 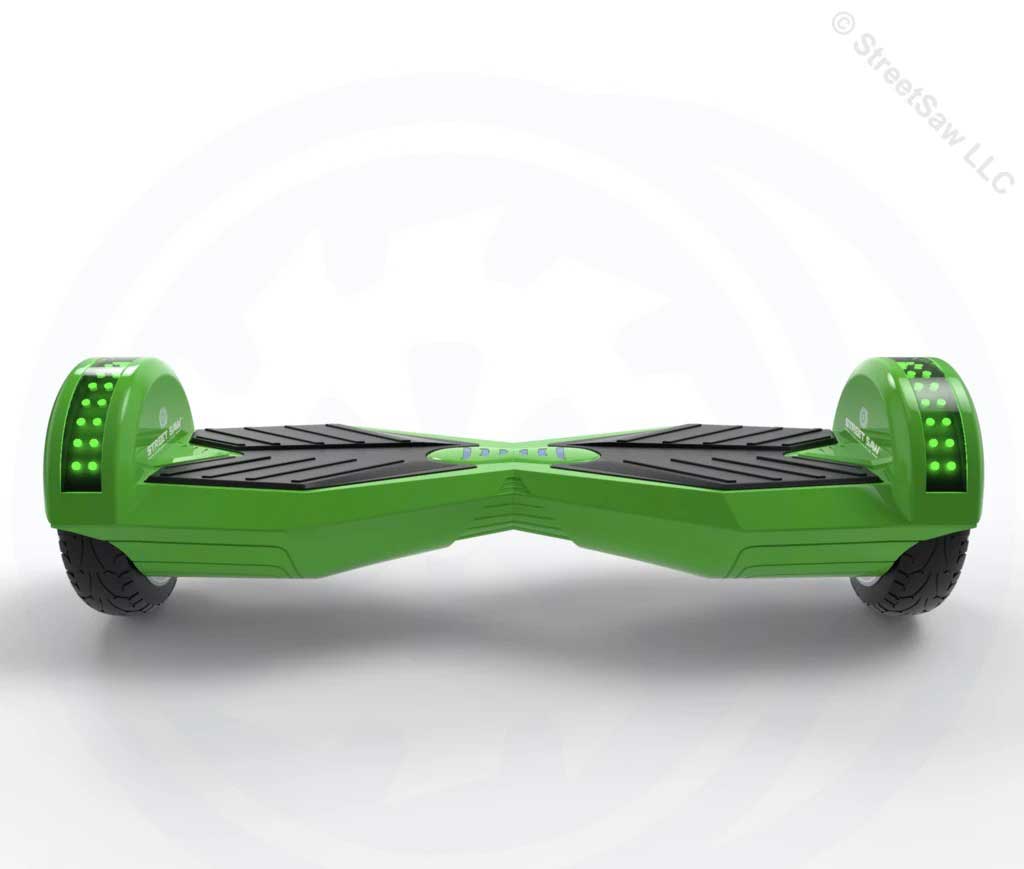 AlienSaw 8-Inch Bluetooth Hoverboard
Price: $269.99
The AlienSaw hoverboard instantly and invisibly connects to your smartphone via Bluetooth so you can play your favorite music directly to your lookalike Lamborghini hoverboard. That meant the AlienSaw hoverboard can be used as a boombox when you’re not actively riding it.
Buy Product
View On Store

This one here you want to draw from the line that comes out of the battery and unplug it. You’ll get this side here, one side flat, one size curved. The flat side is gonna be your positive, and the curved side is gonna be your negative. To test this, we need a multimeter, very simple, very basic. I turn it to VDC 200,  and that’ll show me how many volts are in the battery. 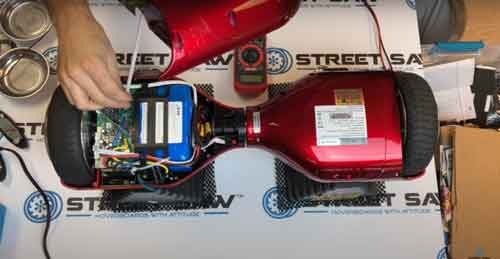 How to Test Hoverboard Battery – Right now, so leave that right there, and then red is gonna go to the hot side. I always put that in first,  and then black goes into the round side, I put that in second, and then what we’re looking for here is somewhere between about 34 and 40 volts. Anything less than that, we kind of just decide and how bad is it to determine that you actually want to look at your battery, and see how many volts it says on your battery.

We’re testing for 36 volts today because the battery actually says 36 volts. This is a 36-volt battery, so I’ll show you, you put the red in first, and then you take the black, and put it in and it’s going to give a reading. Our reading is 03.7, that’s not nearly enough. We were looking for 36, so the battery does need to be replaced. 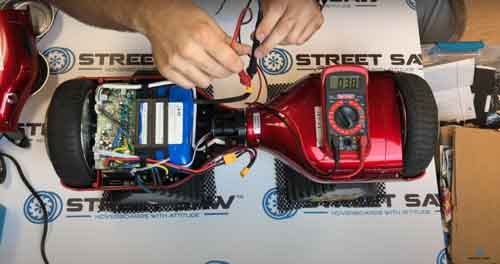 And what we’re gonna do now just remove it, and put a new one in. So, here’s our new one. You can actually test this one as well, and it’ll show you a proper reading. We might as well do that to show you guys what batteries should read at. Again, we’re gonna put the red into the flat side of our battery, and then the black and to the other side.

Now, we have 37.3 volts that’s a proper battery, remove the battery cage. Okay, now that we have our new battery in. We’re just going to be reconnecting the motherboard wire to the battery, yours may not have two wires coming off, it like this most commonly. You’re gonna see just the two wires here, and nothing else on the other side.

So, let’s go ahead and plug it in. You’re gonna hear a small spark, usually, that’s just everything being connected, put it back together like that, and everything should be working. That’s how you put a new battery in, and how you test an old battery.